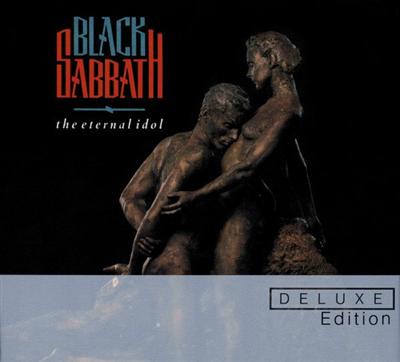 The Eternal Idol is the thirteenth studio album by English heavy metal band Black Sabbath, released on 1 November 1987 (UK) and 8 December 1987 (US). It is the first Black Sabbath album to feature vocalist Tony Martin. The album cover features two models in bronze paint re-enacting Auguste Rodin’s 1889 sculpture "The Eternal Idol". Due to the paint’s toxicity, the models were hospitalized after the shoot. A photograph of the original sculpture was intended as the cover art, but permission could not be secured. The album was rereleased on 1 November 2010 in Europe as a two-disc expanded set. Bonus content includes the aforementioned b-sides "Some Kind of Woman" and "Black Moon" on disc 1. Disc 2 contains the session for the album recorded with Ray Gillen on vocals.Tracklist: