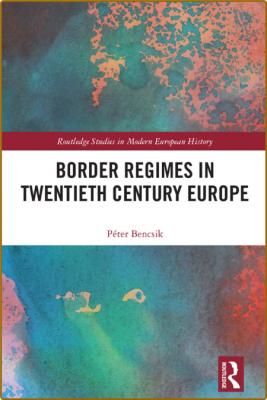 This book offers a comprehensive and comparative analysis of the history of passports, border surveillance, border crossing, and other elements of European border regimes in the twentieth century. Border regime is interpreted widely, including inbound and outbound travels, permanent and temporary movements, distance and local border traffic, borderland fortifications, penalties for borderland offences, and also restrictions of free movement even inside a given country. Based on archival sources from Hungary and the Czech Republic, extensive literature and more than two decades of research, the author distinguishes between two basic border regimes, the restrictive eastern and the permissive western systems, and a transitional zone between them. The historical development of these regimes is discussed in the framework of waves of globalisation and territorialisation.

Border Regimes in Twentieth Century Europe offers the first ever systematic comparison of European border regimes for students, scholars, and any readers who are interested in travel history, border studies, globalisation, area studies and twentieth century Europe, including everyday history. By presenting their different historical experiences, the book contributes to a better understanding between old and new member states of the European Union, as well as between member and non-member states.