Canons of Style in the Antonine Age: Idea Theory and Its Literary Context 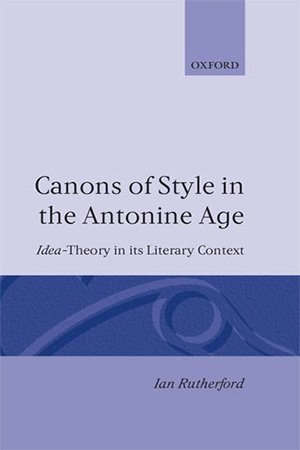 Series:Oxford Classical Monographs
This is a study of the relationship between Greek prose literature of the Antonine Age in the second century AD (the Second Sophistic) and idea-theory, a type of literary stylistics best known from the Peri Ideon of Hermogenes of Tarsus. The author considers sophistic declamation, the relative value attributed to prose and poetry, attitudes towards Xenophon and Demosthenes, and the reputation of Aelius Aristides.