Confessions of a Prairie Bitch: How I Survived Nellie Oleson and Learned to Love Being Hated (Audiobook) 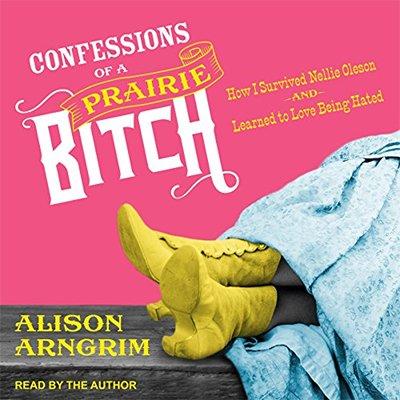 Confessions of a Prairie Bitch is Alison Arngrim’s comic memoir of growing up as one of television’s most memorable characters – the devious Nellie Oleson on the hit television show Little House on the Prairie.

With behind-the-scenes stories from the set, as well as tales from her bohemian upbringing in West Hollywood and her headline-making advocacy work on behalf of HIV awareness and abused children, Confessions of a Prairie Bitch is a must for fans of everything Little House: the classic television series and its many stars like Michael Landon and Melissa Gilbert; Gilbert’s best-selling memoir Prairie Tale; and, of course, the beloved series of books by Laura Ingalls Wilder that started it all.