Dorothy Thompson and German Writers in Defense of Democracy 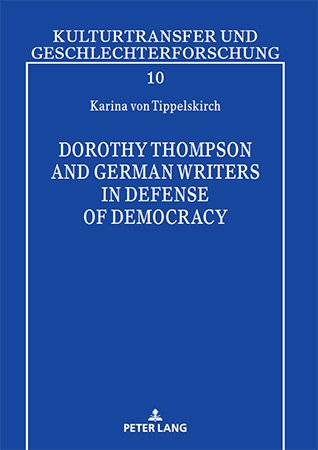 Drawing on a wealth of archival material, this book investigates work and life of Dorothy Thompson, the eminent journalist who in 1928 married American novelist Sinclair Lewis. In the following decade she became the most influential American woman next to Eleanor Roosevelt. Thompson’s extensive network of friends and collaborators included prominent personalities on both sides of the Atlantic: Hamilton Fish Armstrong, Lion Feuchtwanger, Marcel Fodor, Ben Huebsch, Annette Kolb, Fritz Kortner, Thomas Mann, H. L. Mencken, Helmuth James von Moltke, Eugenie Schwarzwald, Christa Winsloe, and Carl Zuckmayer. Her prolific public engagement against Hitler and on behalf of refugees and exiled writers was based on the conviction that one was not possible without the other. A fierce opponent of isolationism, she declared that indifference towards totalitarianism or the refugee crisis would destroy democracy not only abroad but also in the United States.