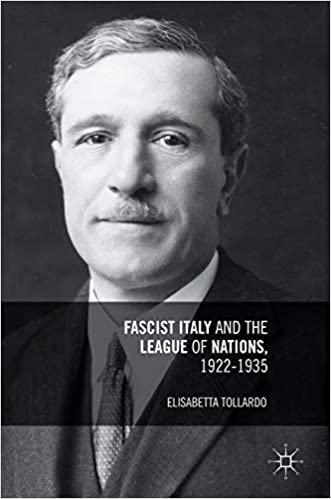 This book analyses the relationship between Fascist Italy and the League of Nations in the interwar years. By uncovering the traces of those Italians working in the organization, this volume investigates Fascist Italy’s membership of the League, and explores the dynamics between nationalism and internationalism in Geneva. The relationship between Fascist Italy and the League of Nations was contradictory, shifting from active collaboration to open disagreement. Previous literature has not reflected this oscillation in policy, focusing disproportionally on the problems Italy caused for the League, such as the Ethiopian crisis. Yet Fascist Italy remained in the League for more than fifteen years, and was the third largest power within the institution. How did a Fascist dictatorship fit into an organization espousing principles of liberal internationalism? By using archival sources from four countries, Elisabetta Tollardo shows that Fascist Italy was much more concerned with, and involved in, the League than currently believed.