Fire and Ice: The Volcanoes of the Solar System [Audiobook] 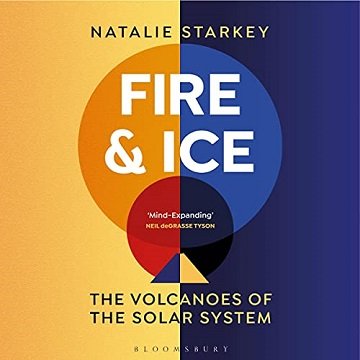 The volcano – among the most familiar and perhaps the most terrifying of all geological phenomena. However, Earth isn’t the only planet to harbour volcanoes. In fact, the solar system, and probably the entire universe, is littered with them. Our own Moon, which is now a dormant piece of rock, had lava flowing across its surface billions of years ago, while Mars can be credited with the largest volcano in the solar system, Olympus Mons, which stands 25 km high. While Mars’ volcanoes are long dead, volcanic activity continues in almost every other corner of the solar system, in the most unexpected of locations. We tend to think of Earth volcanoes as erupting hot, molten lava and emitting huge billowing clouds of incandescent ash. However, it isn’t necessarily the same across the rest of the solar system. For a start, some volcanoes aren’t even particularly hot. Those on Pluto, for example, erupt an icy slush of substances such as water, methane, nitrogen or ammonia, that freeze to form ice mountains as hard as rock.
While others, like the volcanoes on one of Jupiter’s moons, Io, erupt the hottest lavas in the solar system onto a surface covered in a frosty coating of sulphur. Whether they are formed of fire or ice, volcanoes are of huge importance for scientists trying to picture the inner workings of a planet or moon. Volcanoes dredge up materials from the otherwise inaccessible depths and helpfully deliver them to the surface. The way in which they erupt and the products they generate can even help scientists ponder bigger questions on the possibility of life elsewhere in the solar system. Fire and Ice is an exploration of the solar system’s volcanoes, from the highest peaks of Mars to the intensely inhospitable surface of Venus and the red-hot summits of Io, to the coldest, seemingly dormant icy carapaces of Enceladus and Europa, an unusual look at how these cosmic features are made, and whether such active planetary systems might host life.