Kimmerle’s Intercultural Philosophy and Beyond – The Ongoing Quest for Epistemic … 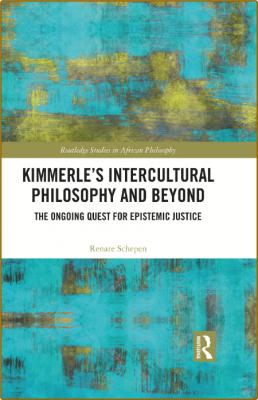 This book offers a concise overview of the development of intercultural philosophy since the early 1990s, focusing on one of its key pioneers Heinz Kimmerle (1930- 2016).

Building on influences from Gadamer, Heidegger and Derrida, Kimmerle’s approach to intercultural philosophy is radical and fosters epistemic justice. Kimmerle critically reflected on his own western philosophical tradition, highlighting the problems of a discourse based on a dominant concept of rationality, and of excluding different approaches and participants. Instead, Kimmerle developed an alternative way of thinking, emphasizing the importance Of recognizing philosophies of different cultures. He focused particularly on African philosophies in academic discourse. In the book, the many layers of Kimmerle’s intercultural philosophy are revealed, exploring how dialectics, hermeneutics, deconstruction and decolonization can contribute to epistemic justice. The author goes beyond Kimmerle and demonstrates how Kimmerle’s approach can be further enhanced by using an intersectional approach and by engaging in dialogue with female philosophers and artists.

This new study, which also introduces unpublished and untranslated texts from Kimmerle’s work in German and Dutch, will be of considerable interest to researchers of continental philosophy, intercultural and African philosophy, political philosophy, decolonial and feminist studies.