Once They Were Eagles: The Men of the Black Sheep Squadron (Audiobook) 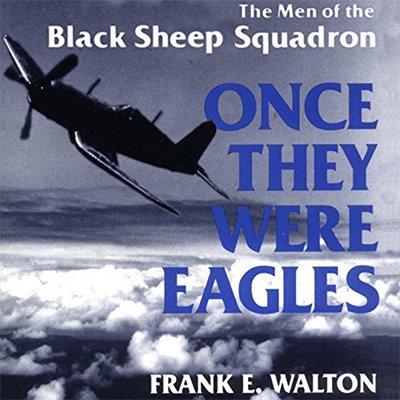 Marine Corps Fighter Squadron 214 was hastily organized in the field during World War II to meet the urgent need for another combat squadron in the South Pacific. The squadron, self-named the "Black Sheep", went on under the leadership of the swashbuckling "Pappy" Boyington to become the most famous in Marine Corps history. Now comes the true story of the Black Sheep Squadron and the men who wrote its record in the Pacific skies.

Once They Were Eagles tells how and why the squadron was formed, provides brief sketches of every member, and creates a vivid picture of the exciting but deadly aerial sorties over the South Pacific. Frank E. Walton located the 34 survivors of the 51 original Black Sheep. In a unique series of interviews, former "Eagles" share their recollections of those days of high adventure and their experiences in the years to follow.