Resolution: Two Brothers. A Nation in Crisis. A World at War 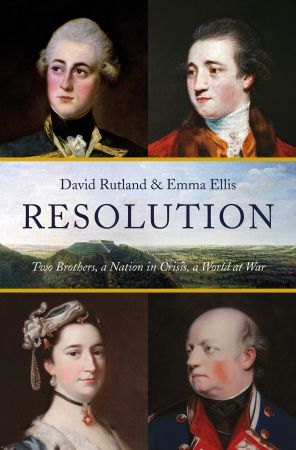 John Manners, Marquess of Granby, famously led a cavalry charge during the Seven Years War, losing both hat and wig. A commander of skill and courage, he was cherished by his men and lauded by the British public as an authentic military hero.

Granby predeceased his father, the 3rd Duke of Rutland, and never inherited his title, but left two sons whose contrasting fortunes and tragically short lives are the subject of this sedulously researched and richly illustrated book. Charles became 4th Duke in 1779, sought reconciliation with the American colonies and was Viceroy of Ireland; Robert embarked on a naval career, became flag captain of the Resolution and died of injuries sustained at the battle of the Saintes.

Based upon the detailed archives held at Belvoir Castle, Resolution is both enthralling saga of of two generations of the Manners family and a finely delineated portrait of aristocratic, political and naval life in mid-Georgian England.