Restless Reason and Other Variations on Kantian Themes 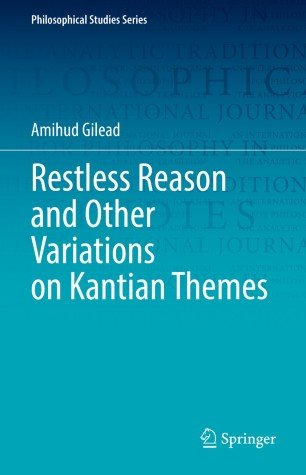 This book, combining integratively-revised previously-published papers with entirely new chapters, challenges and treats some major problems in Kant’s philosophy not by means of new interpretations but by suggesting some variations on Kantian themes. Such variations are, in fact, reconstructions made according to Kantian ideas and principles and yet cannot be extracted as such directly from his writings. The book also analyses Kant’s philosophy from a new metaphysical angle, based on the original metaphysics of the author, called panenmentalism. It reconstructs some missing links in Kant’s philosophy, such as the idea of teleological time, which is vital for Kant’s moral theory. Although these variations cannot be found literally in Kant’s works, they can be legitimately explicated, developed, and implied from them. Such is the case because these variations are strictly compatible with the details of the texts and the texts as wholes, and because they are systematically integrated. Their coherence supports their validation. The target audiences are graduate and PhD students as well as specialist researchers of Kant’s philosophy.