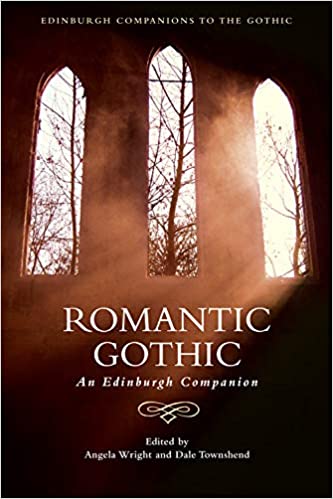 Though once conceived of as mutually exclusive categories, Romanticism and the Gothic share a long and complex history of reaction and interaction, avowal and disavowal, influence and exchange. Extending recent critical interrogations of the Gothic / Romantic divide, this collection of essays provides a thorough overview of the manifestly Gothic impulses in Romantic-era literary culture, from the graveyard verse of the 1740s, through the heady politics of the later eighteenth century, and into the writings of the second-generation Romantic poets. Divided into three sections – Gothic Modes and Forms’; ‘National and International Borders’; and ‘Reading the Romantic Gothic’ ‒ the volume comprises 18 original essays and a detailed introductory essay by an international cast of new and established scholars in the field. As much an introduction to Gothic writing of the late eighteenth and early nineteenth centuries as it is a contribution to scholarly debates concerning the relationship between the Gothic and the Romantic, is an indispensable resource for both students and scholars of British, American and European literary culture in the period 1740‒1830.
Read more