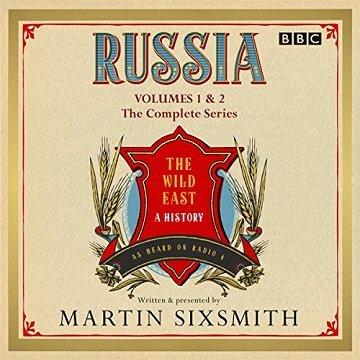 Power struggles have a constant presence in Martin Sixsmith’s story of Russia. Collected here in 50 episodes, he chronicles the Mongol hordes invading in the 13th century, through the iron autocratic fists of successive tsars, to the fall of the Soviet Union and Russia’s re-emergence as a superpower. Ivan the Terrible, Catherine the Great, Peter the Great – all left their mark on a nation that pursued expansion to the East, West and South. Many tsars flirted with reform, but the gap between the rulers and the ruled widened until, in 1917, the doomed last tsar, Nicholas II, abdicated. After the whirlwind of the revolution, the Bolsheviks struggled to consolidate their victory. To rescue the economy and save the regime, Lenin made concessions to the people. But after his death, Stalin introduced forced collectivisation and industrialisation, condemning the Soviet people to conditions worse than those experienced under the tsars.
Nikita Khrushchev reversed the worst excesses of Stalinism, and in 1985 Mikhail Gorbachev embarked on radical reforms of the communist system – unleashing unforeseen consequences that swept him from power and destroyed the USSR. Martin Sixsmith brings his first-hand experience of reporting from Russia in the 1980s and 90s to his narrative, witnessing the critical moment when the Soviet Union lost its grip on power. He asks if the recurring patterns of Russian history can help us understand what has happened since 1991, when the promise of Western-style democracy aroused so many hopes for change. Eyewitness accounts, archive recordings and personal testimony enrich his narrative, as well as readings from Russian authors and historians such as Alexander Solzhenitsyn and Vasily Grossman, plus music by Stravinsky, Prokofiev and others.