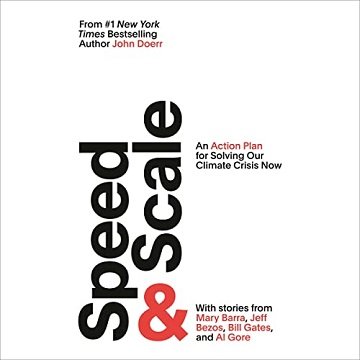 Number one best-selling author and acclaimed venture capitalist John Doerr reveals a sweeping action plan to conquer humanity’s greatest challenge: climate change. In 2006, John Doerr was moved by Al Gore’s An Inconvenient Truth and a challenge from his teenage daughter: “Dad, your generation created this problem. You better fix it.” Since then, Doerr has searched for solutions to this existential problem – as an investor, an advocate, and a philanthropist. Fifteen years later, despite breakthroughs in batteries, electric vehicles, plant-based proteins, and solar and wind power, global warming continues to get worse. Its impact is all around us: droughts, floods, wildfires, the melting of the polar ice caps. Our world is squarely in a climate crisis and on the brink of a climate disaster. Yet despite our state of emergency, climate change has yet to be tackled with the urgency and ambition it demands. More than ever, we need a clear course of action.
What if the goal-setting techniques that powered the rise of today’s most innovative organizations were brought to bear on humanity’s greatest challenge? Fueled by a powerful tool called Objectives and Key Results (OKRs), Speed & Scale offers an unprecedented global plan to cut greenhouse gas emissions before it’s too late. Used by Google, Bono’s ONE foundation, and thousands of start-ups the world over, OKRs have scaled ideas into achievements that changed the world. With clear-eyed realism and an engineer’s precision, Doerr identifies the measurable OKRs we need to reduce emissions across the board and to arrive by 2050 at net zero – the point where we are no longer adding to the heat-trapping carbon in the atmosphere. By turns pragmatic and inspiring, Speed & Scale intersperses Doerr’s wide-ranging analysis with firsthand accounts from Jeff Bezos, Christiana Figueres, Al Gore, Mary Barra, Bill Gates, and other intrepid policy leaders, entrepreneurs, scientists, and activists. A launchpad for those who are ready to act now, this book is geared to leaders in every walk of life. With a definitive action plan, the latest science, and a rising climate movement on our side, we can still reach net zero before it is too late. But as Doerr reminds us, there is no more time to waste.