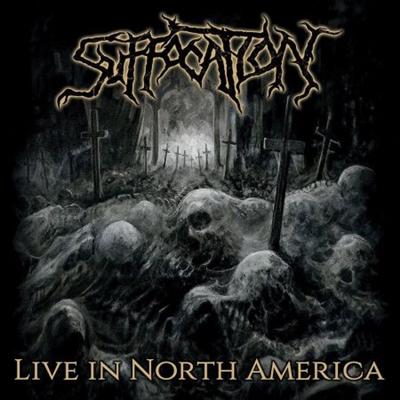 Titled Live In North America, the upcoming album from the pioneering death metal band captures the last performances from original vocalist Frank Mullen during his last North American tour. The live album was mixed and mastered by Christian Donaldson EYOND CREATION, CRYPTOPSY and the release plays like a ‘best of’, and intends to be the perfect farewell to one of the most influential singers in extreme music. The artwork for the album was created by Jon Zig.Tracklist:

1. Thrones of Blood
2. Effigy of the Forgotten
3. Funeral Inception
4. Pierced from Within
5. Surgery of Impalement
6. Dismal Dream
7. Jesus Wept
8. As Grace Descends
9. Liege of Inveracity
10. Breeding the Spawn
11. Catatonia
12. Souls to Deny
13. Infecting the Crypts