The Douglas B 18 and B 23: America’s Forsaken Warriors 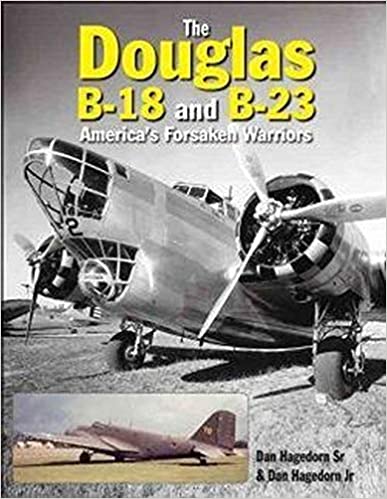 What manner of aircraft pioneered airborne radar and anti-submarine warfare, almost replaced the immortal Boeing B-17 Flying Fortress, and yet disappeared from the annals of aviation history with not so much as a footnote in most authoritative histories of WWII? The elusive Douglas B-18 bomber.
The very few stories that have appeared since the end of the war invariably spoke of the aircraft in crude and disparaging terms including "the bomber that nobody wanted," but more than 30 surviving crew members who served aboard the aircraft had no such disparaging words. How could so many people be so wrong?

Developed in parallel to the DC-1, the B-18 and it’s obscure development, the handsome B-23 were precisely the right aircraft, at the right time, to help America defeat the serious Axis submarine threat in the Caribbean and train most of the B-17 crews who headed overseas.

Serving in every theater of war, from Iceland, Canada and the U.S. Eastern Seaboard, through the Caribbean and Latin America to the remote Galapagos, Alaska, Hawaii, Java, Australia and the Philippines, the B-18 was lauded by crew members as a superb anti-submarine aircraft. Indeed, some were amongst the first USAAC aircraft to strike back at the invading Japanese forces in the Far East, and others were lost to both aerial and surface combat. For the first time, this in depth study of the development, operational units, series colors, wartime activities and full production list of these 340 aircraft combine with over 350 drawings and photographs to reveal the true impact of America’s forgotten warriors.