The Rise and Fall of the Religious Left: Politics, Television, and Popular Culture in the 1970s and Beyond 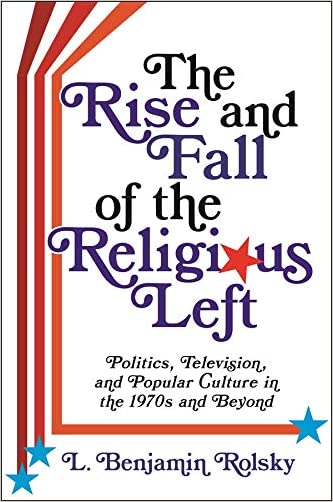 For decades now, Americans have believed that their country is deeply divided by “culture wars” waged between religious conservatives and secular liberals. In most instances, Protestant conservatives have been cast as the instigators of such warfare, while religious liberals have been largely ignored. In this book, L. Benjamin Rolsky examines the ways in which American liberalism has helped shape cultural conflict since the 1970s through the story of how television writer and producer Norman Lear galvanized the religious left into action.

The creator of comedies such as All in the Family and Maude, Lear was spurred to found the liberal advocacy group People for the American Way in response to the rise of the religious right. Rolsky offers engaged readings of Lear’s iconic sitcoms and published writings, considering them as an expression of what he calls the spiritual politics of the religious left. He shows how prime-time television became a focus of political dispute and demonstrates how Lear’s emergence as an interfaith activist catalyzed ecumenical Protestants, Catholics, and Jews who were determined to push back against conservatism’s ascent. Rolsky concludes that Lear’s political involvement exemplified religious liberals’ commitment to engaging politics on explicitly moral grounds in defense of what they saw as the public interest. An interdisciplinary analysis of the definitive cultural clashes of our fractious times, The Rise and Fall of the Religious Left foregrounds the foundational roles played by popular culture, television, and media in America’s religious history.