Twenty Million Tons Under the Sea: The Daring Capture of the U 505 [Audiobook] 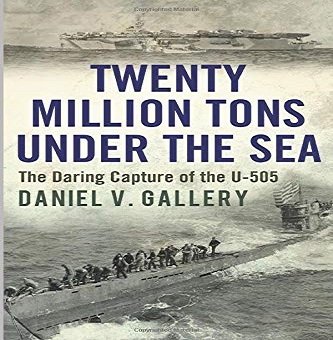 In June 1944, U.S. Navy Task Group 22.3, a "hunter-killer" force commanded by Daniel Gallery to track down German submarines, boarded and captured U-505 off the coast of Africa. It was the first time that an enemy ship of war had been captured on the high seas by U.S. Navy sailors since 1815, when the USS Peacock seized HMS Nautilus as part of the War of 1812. The extraordinary feat is described in gripping narrative by Gallery himself, who chronicles the long and arduous battle against the German U-boat under the most hazardous conditions. Once they succeeded in capturing and towing their prize seventeen-hundred miles across the Atlantic Ocean, U-505 proved to be of inestimable value, yielding secrets to radio codes among other things. U-505 is now on exhibit at Chicago’s Museum of Science and Industry.