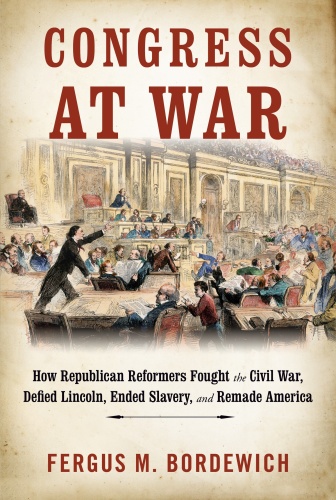 Descirption: The story of how Congress helped win the Civil War-a new perspective that puts the House and Senate, rather than Lincoln, at the center of the conflict.
A brilliantly argued new perspective on the Civil War that overturns the popular conception that Abraham Lincoln single-handedly lead the Union to victory, and gives us a vivid account of the essential role Congress played in winning the war.
Building a riveting narrative around four influential members of Congress-Thaddeus Stevens, Pitt Fessenden, Ben Wade, and the pro-slavery Clement Vallandigham-Fergus Bordewich sho us how a newly empowered Republican party shaped one of the most dynamic and consequential periods in American history. From reinventing the nation’s financial system to pushing President Lincoln to emancipate the slaves to the planning for Reconstruction, Congress undertook drastic measures to defeat the Confederacy, in the process laying the foundation for a strong central…