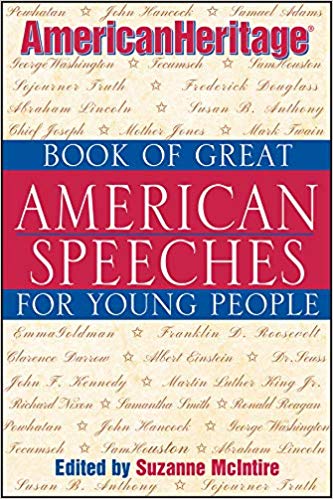 The history of the United States has been characterized by ferventidealism, intense struggle, and radical change. And for everycritical, defining moment in American history, there were thosewhose impassioned voices rang out, clear and true, and whose wordscompelled the minds and hearts of all who heard them. When PatrickHenry declared, "Give me liberty, or give me death!", when MartinLuther King Jr. said, "I have a dream", Americans listened and wereprofoundly affected. These speeches stand today as testaments tothis great nation made up of individuals with bold ideas andunshakeable convictions.

The American Heritage Book of Great American Speeches for YoungPeople includes over 100 speeches by founding fathers, patriots,Native American and African American leaders, abolitionists,women’s suffrage and labor activists, writers, athletes, and othersfrom all walks of life, featuring inspiring and unforgettablespeeches by such notable speakers as:

These are the voices that shaped our history. They are powerful,moving, and, above all else, uniquely American.