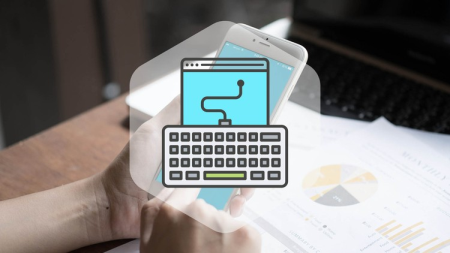 Note: All finished projects and source code have been update to Swift 5

As well as 5 technique projects that reinforce your iOS knowledge for building apps.

This course is written by the award winning Swift programmer, Paul Hudson, it is from his best selling book, "Advanced iOS: Volume 1", made into a lecture style course, and these videos were made with his permission and support. Paul is the author of the Hacking With Swift series of tutorials, which is one of the most popular Swift coding sites online. Paul also has received high praise from the creator of the Swift language, Chris Lattner, for his outstanding method of teaching, and series of Swift tutorials. And working together with iOS developer Steve DeStefano, the Hacking with Swift series of programming training videos are simply the fastest way to learn how to code in the Apple eco-system.

Check out all of Paul Hudson’s Swift tutorials and books at HackingWithSwift – from bner to pro, Paul will teach you to write Swift code in very little .

The term "Hacking With Swift" means we are "playing" with the Swift language, and using it in unique and interesting ways.

Whether it’s iMessage apps, SiriKit integration, rich media user notifications, or speech transcription, this course will teach you how to use these incredible features which can help take your apps to the next level.

This course incorporates the use of annotations, callouts, diagrams, highlighting, and deep explanations that help make complex subject matter, much easier to grasp, and guide you along the path of the code, each step of the way. This course also makes the perfect reference tool kit, to be used in conjunction with the Apple docs, so that you can go back and scrub through any of the lectures very quickly to pull out relevant code or instruction that you need, as there’s no wasted chatter here, it’s strictly on point with Swift and iOS.

Please note: These are intermediate to advanced projects, and this course will not teach you the Swift language, or how to code, you should already have completed Paul Hudson’s Swift tutorials at HackingWithSwift dot com, or gone through the Hacking With Swift bner to pro course here on Udemy.

Project 2: Build a Group Scheduling app that integrates with Messages.

Project 3: Create a Ride-Sharing app that integrates with SiriKit for voice activation.

Project 6: Code your own Board Game that implements an "AI" opponent, using the new GKMonteCarloStrategist from GameplayKit.

Learn about the new iOS animations

Learn about the new and improved Core Data

See how to use the new image rendering API

Learn about the new Warp Geometry classes, and build a simple app with them

This course is meant for intermediate and advanced programmers as it does not teach the Swift language, or how to code