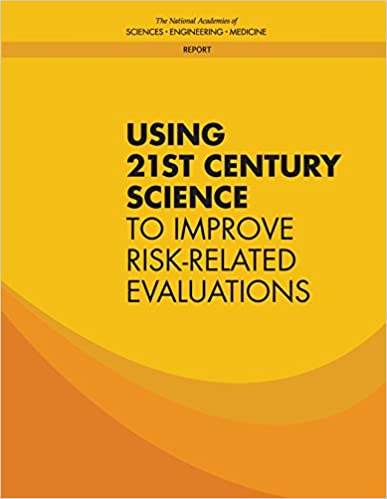 This volume makes recommendations for integrating new scientific approaches into risk-based evaluations. Given the various ongoing lines of investigation and new data streams that have emerged, this publication proposes how best to integrate and use the emerging results in evaluating chemical risk.

Over the last decade, several large-scale United States and international programs have been initiated to incorporate advances in molecular and cellular biology, -omics technologies, analytical methods, bioinformatics, and computational tools and methods into the field of toxicology. Similar efforts are being pursued in the field of exposure science with the goals of obtaining more accurate and complete exposure data on individuals and populations for thousands of chemicals over the lifespan; predicting exposures from use data and chemical-property information; and translating exposures between test systems and humans.

The book considers whether a new paradigm is needed for data validation, how to integrate the divergent data streams, how uncertainty might need to be characterized, and how best to communicate the new approaches so that they are understandable to various stakeholders.